Widget not in any sidebars
HomeLandenSint Maarten 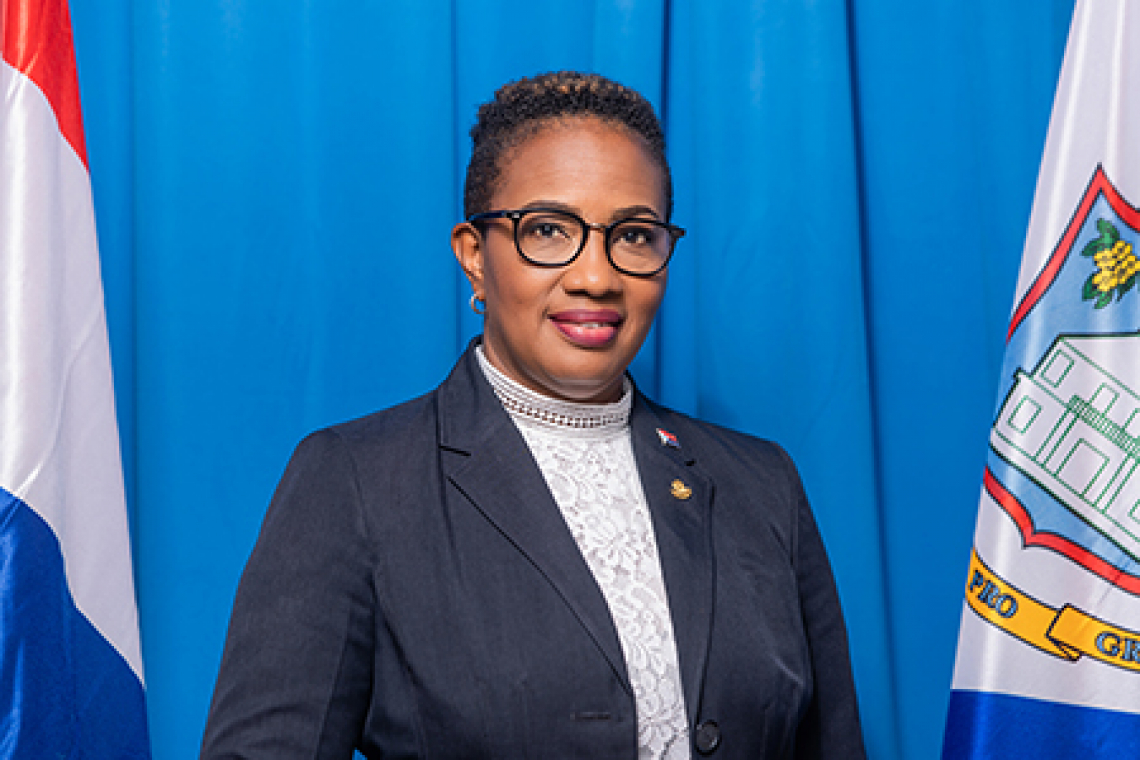 PHILIPSBURG–Prime Minister Silveria Jacobs said on Wednesday that she has received the letter from representatives of a cross-section of media organisations in St. Maarten regarding government’s Media Accreditation Policy, and indicated that the media will be invited to a meeting to discuss the points of concern.

The joint media letter objects to aspects of the Media Accreditation Policy and requests a meeting with the Council of Ministers and the Department of Communication DComm on the matter within five weeks. A number of persons have since condemned the media policy, including the Association of Caribbean Media Workers and a number of local politicians.

“We have received, as government, your letter last Tuesday; it was towards the end of the day by the time it got to us,” Jacobs said during the live Council of Ministers press briefing. “We do take note of all the media attention as well related to the policy and we look forward to providing a response to your letter firstly, as well as inviting you to a meeting to be held as soon as possible to discuss points of concern.”

Jacobs reiterated that the policy was intended to bring improvements. “We were under the impression that the 2017 policy was something that the press had already had their say in, and it was an improvement or minor tweaks to that. So, if that indeed has not been the case, of course, all due diligence will be done to ensure that all stakeholders’ input is taken along before it is fully implemented. I believe through dialogue all can be resolved and we remain open for that.”

The meeting requested by the joint media representatives is to discuss individual points of contention on the policy, which was sent to the media on Tuesday, April 12, and which government originally intended to implement at the start of May. Media practitioners were given two weeks to consent to the content of the policy or have their passes retracted.

The media practitioners who are signatories to the joint letter also requested that the implementation of the eventual policy be postponed for a suggested period of four months, and declined to sign the consent forms in the interim. In the letter, the media practitioners said they wholly objected to a number of points described in the policy, which they referred to as a “new policy,” as the one drawn up in 2017 was never disseminated to the media.

“While individual points are to be discussed in the meeting, we find it necessary to point out that the general message as relayed in the media policy is one that slides towards authoritarian government, and there appears to be a serious lack of respect and/or understanding of the role of the media in a free and democratic society,” the joint media letter read. “The idea that government is the gatekeeper of what is to be considered ‘factual’, ‘fair’, ‘impartial’ and ‘unbiased’ information, or what ‘quality’ journalism is, is fundamentally flawed.”

The media must be independent of government and must have access to information held by public entities in a way that facilitates their fundamental role as the fourth pillar of democracy, the signatories said. The media are an indispensable check on power, and their diversity, plurality and independence are essential. Media access is a right, not a privilege, as it is referred to in the new policy.

The media operatives said in the letter that much of the new media policy is subjective, vague, and leaves room for interpretation and arbitrary implementation – not only in terms of government choosing what it deems quality journalism, but references to media representatives acting in ways “not consistent with the principles” of government, the Ministry of General Affairs, or DComm, or “abusing” media “privileges”.

In addition to this, the intention to have DComm decide on media accreditation, while leaving the appeals process in case of a rejection in the hands of the same institution, is highly questionable, it was stated in the letter. “The policy hinders what is already limited access to public information, which is already habitually treated as private. Journalists’ time for questions is quite restricted, while there is no restriction on the ministers’ speaking time. Video/pictures/audio of the live press briefing broadcasts are now treated as intellectual property of the government, as if it were private information.

Signatories to the letter include representatives of Philipsburg Broadcasting; PJD2 Radio; 721 News; Island 92; The Daily Herald and SXM Island Time.

THE HAGUE--Member of the Second Chamber of the Dutch Parliament Jorien Wuite of...
SXM-Daily Herald

DH | Sarah: Back and forth between Doran, Peterson can harm country

SAUNDERS--Police dismantled what was referred to as “an elaborate marijuana nursery” during a...
SXM-Daily Herald

PHILIPSBURG--Independent Member of Parliament (MP) Christophe Emmanuel says it is embarrassing, yet telling,...

Widget not in any sidebars